On Saturday, I entered the Treasure Map themed ATC contest at The Heirloom Festival at Washington County Fairgrounds.  I REALLY got into making this ATC. 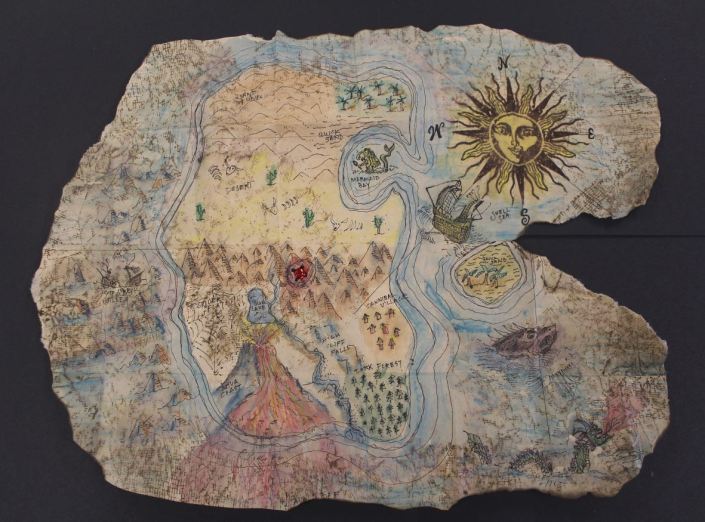 I know this doesn’t look like an ATC but it folded up to ATC size (roughly a playing card) and had all the requisite parts — right size, on stiff paper, front, and (on back) creator info. 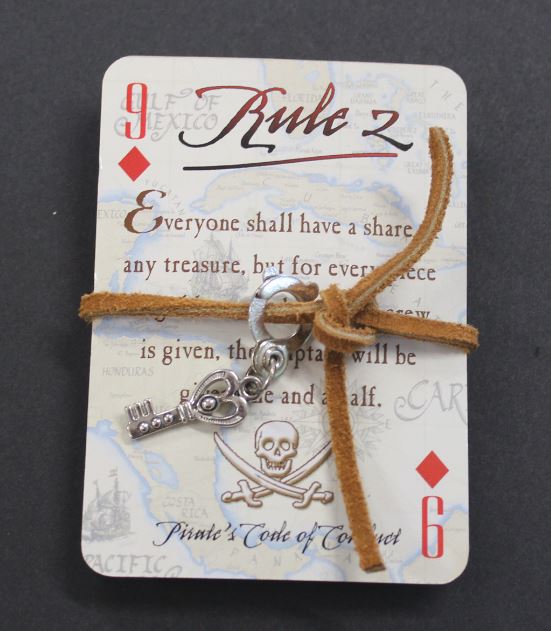 I used a playing card, tied a leather strip around it and added a key charm (for opening the treasure chest of course). 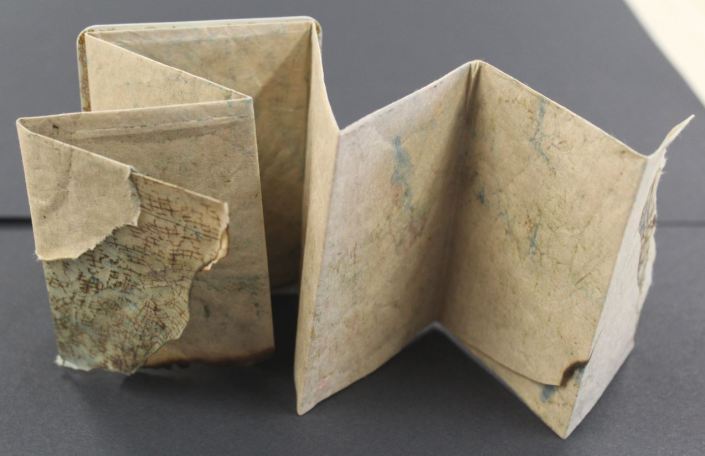 Here it is partially unfolded.

The map itself was made out of painter’s paper.  I first crumpled it up tightly and then unfolded and smoothed it out.  I folded it up using the card as my guide.

I stamped the sun on as a compass and added the directions and lines shooting off from the compass.  I then drew the islands and added the quicksand, palm trees, forest, desert, mountains, spider plains, cliffs and waterfalls, cannibal village, volcano and shipwreck alley.  I also drew a couple of ships, a mermaid, and two sea monsters.  I colored it in using my derwent intense ink pencils and then used my water brush to blend them.  The x for the treasure called out for a red jewel so I glued that on.  The map needed aging so I used a distress ink and a stamp that looked like the netting from a ship and stamped randomly over most of the map.

I tore off about a fourth of the map and then carefully burned around most of the edges.

Here are a couple of close ups.  I have to say this was one of the funnest and most relaxing projects I’ve done lately. 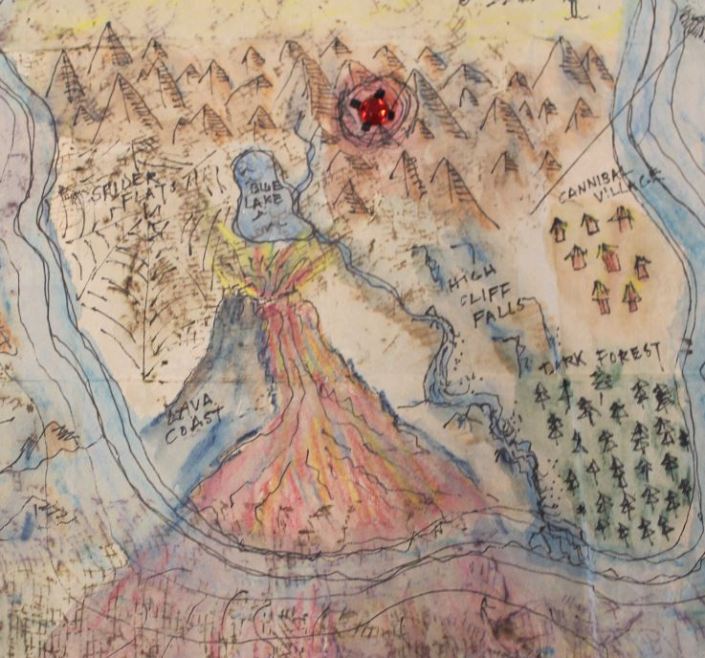 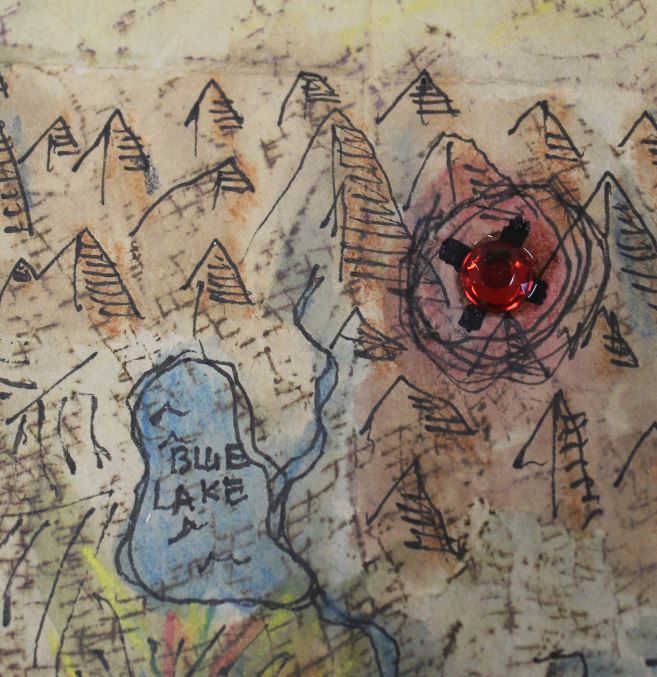 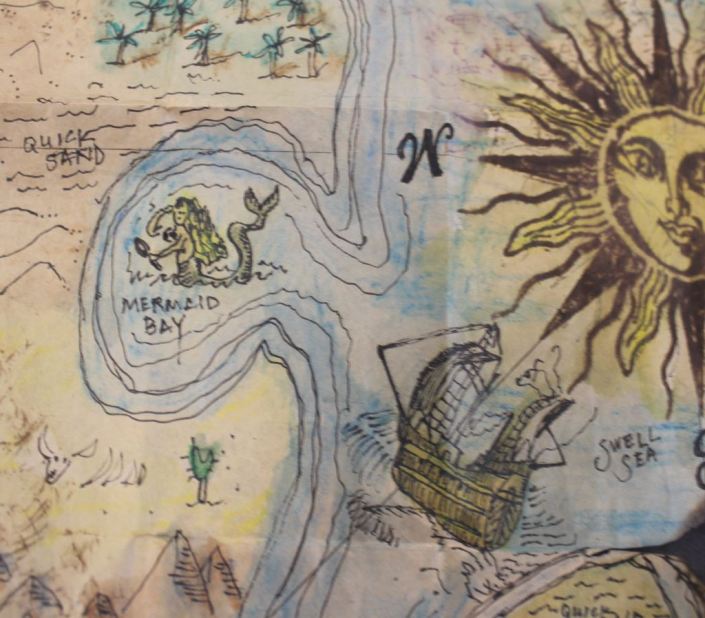 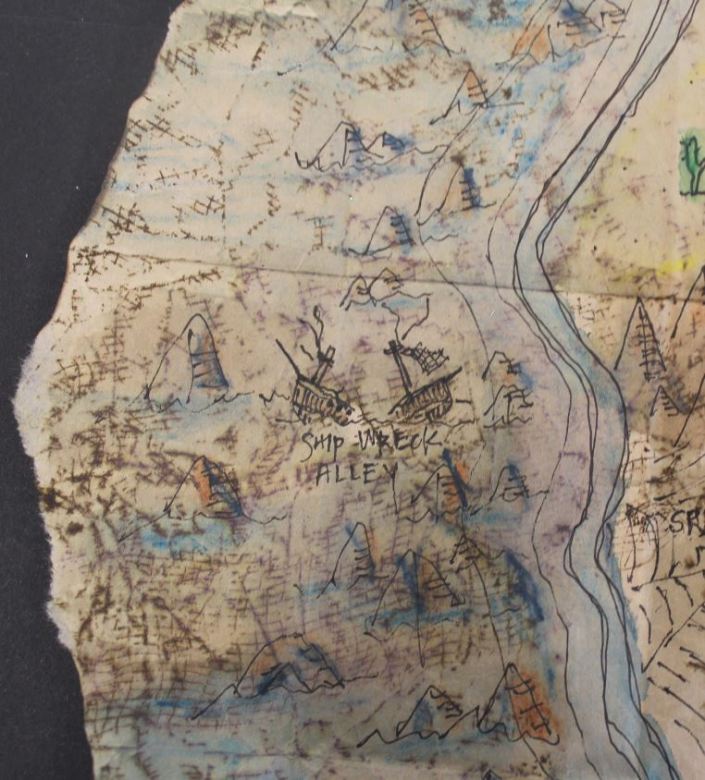 I won first prize!  I won gift certificates to go shopping at the festival vendors!

This entry was posted in Art.

Denny’s Workshop is a place to explore different kinds of art – from clay to mosaics to paper-marbling and more. Both beginners and experienced students can feel comfortable as they investigate textures, colors, and mediums and as they self-express. Additionally, it is a place to bring friends or make new friends.